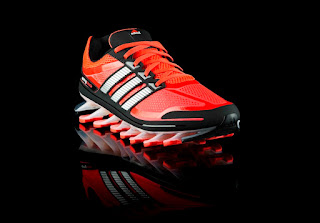 Instead, not only have many runners returned to conventional shoes with thick heels, some are buying maximalist shoes that feature thick soles and thick heels, which manufacturers claim attenuate the impact of running.
To evaluate these claims, the investigators recruited 14 male runners who ran at least 10 miles per week. Their average age was 31.6 years.
The team collected data on an instrumented treadmill at a standard speed of 2.68 m/s.
The runners alternated between maximalist and traditional running shoes. After letting the runners get used to the new shoes for 3 minutes, the researchers measured a variety of ground reaction forces.
Force values were normalized to body weight. Vertical impact loading was significantly greater with the maximalist shoes than with the traditional ones. Previous studies have established a correlation between vertical impact loading and injuries, Ruder explained.
Ground Reaction Forces

Measurements of peak medial, braking, propulsion, and vertical impact peak were similar between the two types of shoes, as were foot angle and cadence.
The investigators would like to compare runners who already have the habit of running with the maximalist shoes, Ruder told Medscape Medical News.
In addition, they are now using accelerometers to measure kinetics at the tibia with the maximalist shoes.
Although the data so far don't look promising for maximalist shoes, it is possible that some people might benefit from them, said session moderator Clare Milner, PhD, from Drexel University in Philadelphia.
"In a lot of cases, you want to look at what's good for the individual," she said. "It's probably not one-size-fits-all."
Dr Davis, Mr Ruder, and Dr Milner have disclosed no relevant financial relationships.
American College of Sports Medicine (ACSM) 62nd Annual Meeting: Abstract 1160. Presented May 28, 2015.
Postado por Luiz Meira às 13:42 Nenhum comentário: 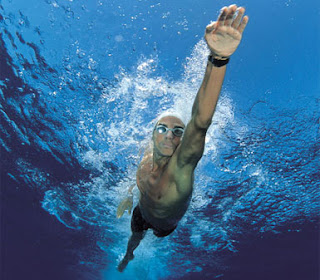 Previous research has shown that exercise reduces hypertension and improves daily functioning in older people, but Dr Bocalini and his colleagues wanted to know whether one type of exercise worked better than another.
He presented the findings here at the American College of Sports Medicine (ACSM) 62nd Annual Meeting.

The 350 study participants were assigned to one of five exercise groups — walking, water-based exercises, resistance training, Pilates, or functional exercises — or to the control group, which received no training.
Walking was done in accordance with ACSM guidelines, water-based exercises conformed to recommendations of the Aquatic Exercise Association, and functional exercises consisted of a calisthenics program designed by the researchers.

The researchers assessed the functional capacity, flexibility, and balance of each woman with a variety of tests. In addition, the women rated their quality of life on a World Health Organization Quality of Life (WHOQOL) scale.


Assessments of the Study Participants

At the end of the study period, there were no differences in body composition among the groups, perhaps because all the women consumed enough calories to compensate for what they burned during their exercise regimens.
"Food intake was not controlled," Dr Bocalini explained. "That's important for these parameters."

Study Results
Functional fitness and quality-of-life scores improved in all the exercise groups, compared with the control group.

Improvements in the arm curl and the chair stand were significantly greater in the resistance-training group than in the other exercise groups. And scores on both tests — 35 arm curls and 46 chair stands — were nearly double those of the control group.

For women in the water-based group, flexibility improved more than in any other exercise group except the Pilates group.

There were no significant differences between exercise groups in time up from the ground or quality of life.

These findings support the greater use of water-based exercises, said Dr Bocalini. He said he will be recommending these exercises, as well as resistance training, for older women.

These findings align with results from previous studies, said Wojtek Jan Chodzko-Zajko, PhD, from the University of Illinois at Urbana–Champaign.
"It once again confirms the now very strong evidence that regular physical activity is associated with a host of life and health-related variables," he said. "It's great that this work is now being done all over the world."
It also shows that not all exercise regimens are equal, he pointed out. "We've known for a long time that if you do a particular kind of exercise, you will see benefits that are consistent with that type of exercise."

Much of the research included in the study cannot prove that C-section delivery causes medical issues later in life. But the link is strong enough that mothers should discuss the risk with their doctor or midwife when weighing whether to proceed with a C-section, particularly when a vaginal delivery may be possible, said lead study author Dr. Jan Blustein.

"It's a discussion that's important to have in view of the rising rate of C-sections," said Blustein, a professor of medicine and health policy at New York University. "The magnitude of risk elevation is small, but even when we are talking about increasing the risk modestly, we still need to talk about it."

In a report online June 10 in the British Medical Journal, Blustein and co-author Jianmeng Liu of the Institute of Reproductive and Child Health in Beijing note that C-section rates are unnecessarily high in some countries in part because some surgical deliveries are elective, done only because women requested them, and because mothers who have one C-section are often encouraged to deliver this way again.

When they analyzed past research, they found 20 studies linking C-section to childhood type 1 diabetes. They also found 23 studies connecting C-section to asthma and nine suggesting a tie to obesity.

In the U.S., where about one third of deliveries are by C-section, 2.13 of every 1,000 babies born this way develop type 1 diabetes, compared with 1.79 per 1,000 infants delivered vaginally, the study found.

Why C-sections might lead to chronic health problems isn't clearly established, but one prevailing theory is that women may pass healthy bacteria to babies during a vaginal delivery that protects against disease, Blustein said. Another possibility is that hormones released during labor might play a role in minimizing risk, she said.

Most of the studies included in the analysis did not have enough information for researchers to account for characteristics of mothers, such as obesity, that might precipitate C-section delivery or be linked to the child's later health problems, the study authors caution.

Based on the mounting evidence linking C-sections to chronic health problems, however, the authors recommend that the American College of Obstetrics and Gynecology (ACOG) and the U.K.'s National Institute for Health and Care Excellence revise practice guidelines to include the long-term risk of chronic disease.

"While cesarean deliveries can be life-saving for both mother and baby, cesareans can also lead to short-term and long-term complications for both," ACOG president Dr. Mark DeFrancesco said in an emailed statement.

More research is needed, however, to show whether the C-section itself or other factors might contribute to long-term health problems in babies born this way, he said.

Even so, the current study adds to a growing body of evidence suggesting that the mode of delivery might have lasting health implications, said Dr. Susan Hellerstein, an obstetrician at Harvard Medical School and Brigham and Women's Hospital in Boston.

"It is a large number of observational studies that are all pointing in the same direction," said Hellerstein, who wasn't involved in the current study. "We should be having a conversation with patients about the risk when they are considering a truly elective c-section."